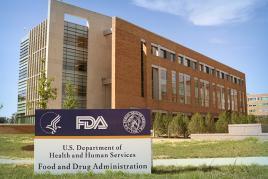 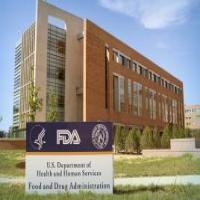 The FDA and the Department of Health and Human Services (HHS) July 31 announced that they would pursue two pathways that could eventually lead to the importation into the United States of some prescription pharmaceuticals originally intended for non-U.S. markets. The pathways outline “ways to provide safe, lower-cost drugs to consumers,” they said.

The announcement marked another step in the federal government’s dramatic turn from its long-standing opposition to drug importation.

As recently as May 2018, HHS Secretary Alex Azar dismissed the idea of importing prescription drugs to reduce their price, calling the proposal a “gimmick” that would have only a limited impact on costs while potentially exposing patients to unsafe drugs.

However, in July 2018, under Azar’s direction, the FDA formed a work group to explore the possibility of allowing the short-term importation of some sole-source, medically necessary drugs under certain conditions.

In addition, as demands for action on drug pricing have grown, more states have proposed their own drug importation schemes in an effort to lower drug prices for consumers.

Azar and Acting Commissioner of Food and Drugs Dr. Norman E. Sharpless said that the July 31 action was part of the Trump administration’s ongoing efforts to lower drug prices and reduce the out-of-pocket costs that American patients pay for pharmaceuticals.

A Safe Importation Action Plan released by HHS and the FDA outlines the two pathways toward possible drug importation that the government intends to pursue.

Pathway 1: Notice of proposed rulemaking (NPRM). Under the first pathway, the government would issue an NPRM that would authorize demonstration projects for allowing the importation of drugs from Canada. The NPRM would rely on the FDA’s authority under 21 U.S.C. §384, which authorizes HHS to promulgate regulations allowing pharmacists and wholesalers to import prescription drugs from Canada into the United States if certain requirements for drug quality, recordkeeping, testing and combatting counterfeiting are met.

The NPRM would outline how states, wholesalers or pharmacists could submit plans for the demonstration projects for HHS review. The plans would show how they would import drugs approved by Health Canada that comply with U.S. standards for drugs (21 U.S.C. §355). The importation could occur only “in a manner that adequately assures the drug is what it purports to be and that meets the cost requirements of the rulemaking.”

Also, the NPRM would allow for conditional certification by HHS under 21 U.S.C. §384(l) that a demonstration project would pose no additional risk to the public’s health and safety and would result in a significant reduction in the cost of covered products to American consumers.

A demonstration project application to HHS submitted by a state, wholesaler or pharmacist would need to demonstrate how the project would comply with the statute’s drug safety and cost-savings requirements and with any additional requirements that would be imposed under HHS approval of the project.

The projects would be time-limited, would include reporting and renewal requirements, and could be revoked if the HHS requirements are not met. An application from a state would need to propose an arrangement with a wholesaler or pharmacist that meets the conditions outlined in the NPRM.

Under the NPRM, the drugs eligible for importation would have to be products authorized for sale in Canada that are versions of FDA-approved prescription drugs. Also, the drugs’ active pharmaceutical ingredients (APIs) would have to be manufactured at facilities that also manufacture APIs for the FDA-approved version, and the APIs would have to be “formulated using processes, specifications, and facilities that are used in accordance with the approved new drug application for the FDA-approved version.” The NPRM would outline the attestations and supporting documentation required to show the authenticity and eligibility of a drug.

Also, the NPRM would reflect the statute’s exclusion of certain drugs from importation — including controlled substances, biologics, infused drugs, intravenously injected drugs, drugs inhaled during surgery and some parenteral drugs (21 U.S.C. §384(a)(3)). In addition, the NPRM would exclude any drug that is subject to an FDA risk evaluation and mitigation strategy (REMS).

To ensure that drugs imported through the demonstration project pathway are the same as the FDA-approved drugs (given HHS’ possible lack of data documenting this fact), applicants would be required to show how they would comply with the following requirements:

To ensure that the requirement for significant cost reductions is met, the NPRM would call for public comment on the best way to identify the expected acquisition cost of the imported drug, the cost of assuring that the drug is safely imported, and the way that the savings would be delivered to U.S. consumers (rather than, for example, being absorbed within the supply chain).

The NPRM also would call for comments on possibly requiring that an imported drug include a National Drug Code (NDC) that includes unique identification of drugs imported under the program — to demonstrate that the drug was originally intended for distribution in Canada.

Also, the NPRM would explain that HHS would have “broad discretion” to terminate a demonstration project if continuing it “could pose additional risk to public health and safety.”

The NPRM also would specify that, if any provision of the demonstration project pathway were invalidated by a court, the entire pathway would be invalidated “because the certification would be based on the ability to implement [21 U.S.C. §384] with the conditions imposed in the rulemaking.”

Pathway 2: Guidance. Under the second drug importation pathway, the FDA would issue guidance recommending how manufacturers of FDA-approved drugs could import into the United States the versions of the drugs that they sell in foreign countries.

The pathway would call for a new NDC for the imported drugs “potentially allowing them to offer a lower price than what their current distribution contracts require.”

Under the pathway, manufacturers would need to submit to the FDA documentation that the foreign version of the drug was the same as the U.S. version (for example, by providing manufacturing records to the agency).

Once this requirement was met, the FDA would allow the drug to be labeled for sale in the United States (potentially with distinct labeling identifying the drug as originally manufactured for a non-U.S. market). The drug would be imported as required under 21 U.S.C. §381(d) “under the existing approval for the U.S.-approved version.”

“Because the manufacturer would be able to cause its drug to be imported through conventional supply channels,” the FDA-HHS plan stated, “this pathway generally would rely on applicable existing safeguards to ensure supply chain integrity.”

HHS said that it was considering whether additional safeguards would be needed to establish, for example, that in fact the imported drug is the European version of an FDA-approved drug that the manufacturer has labeled to be marketed in the United States.

The department said that it may seek comment on:

The administration seemed to signal a preference for the guidance-based pathway, saying that “if costs can be lowered significantly” that way, there may be “reduced need” for the demonstration projects outlined in Pathway 1.

“The administration’s importation scheme is far too dangerous for American patients,” said Pharmaceutical Research and Manufacturers of America (PhRMA) President and Chief Executive Officer (CEO) Stephen J. Ubl. “There is no way to guarantee the safety of drugs that come into the country from outside the United States’ gold-standard supply chain.”

“Drugs coming through Canada could have originated from anywhere in the world and may not have undergone stringent review by the FDA,” Ubl insisted. “Law enforcement has repeatedly warned that importation schemes could worsen the opioid crisis and jeopardize public safety. Moreover, Canadian officials have said that the policy is unworkable, and they will not risk shortages by diverting their medicine supply to the United States.”

“Rather than surrender the safety of Americans by importing failed policies from single-payer countries,” Ubl said, “we should work on solutions here at home that would lower patient out-of-pocket costs at the pharmacy counter.”

Similarly, Jim Greenwood, the president and CEO of the Biotechnology Innovation Organization (BIO), said, “There is simply no way to adopt an importation scheme that doesn’t jeopardize the health and well-being of America’s patients. That’s been the judgment of past FDA commissioners who served under both Republican and Democratic administrations.”

“Nonpartisan budget experts have said that the costs of implementing drug importation will largely outweigh any savings the administration may hope to achieve,” Greenwood added.

“This is a misguided attempt to keep an ill-informed campaign promise,” he said. “The burden is on the leadership of [HHS] to ensure this actually leads to lower costs for consumers — not just for insurance companies and pharmacy benefit managers — and no harm is inflicted on patients and local communities.”