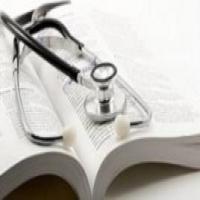 “OHRP believes that the protocol and consent form revisions made by the [network running the trial] and accepted by NHLBI appropriately address important concerns raised about the CLOVERS trial. It is our opinion that with these revisions, the study is designed in accordance with the requirements of the HHS regulations for the protection of human subjects at 45 C.F.R. Part 46,” the agency said in a letter to Public Citizen.

OHRP also noted that “NHLBI has modified the Funding Opportunity Announcements (FOAs) under which it solicits nearly all clinical trial applications as part of its standard process of regularly updating its clinical trial FOAs in light of the changing clinical trial landscape and informed by discussions with OHRP. These announcements now emphasize that ‘[i]t is particularly important to provide a discussion of the evidence supporting equipoise’ among the trial arms. In their descriptions of their experimental approach, investigators must now describe the ‘[e]vidence supporting that: equipoise exists between the arms of the trial and the interventions or control arm(s) tested are not known to be inferior to the range of practice (or usual care) at the sites, in their community, and described in relevant standards of care.’”

OHRP also added that NHLBI – as part of its ongoing process of optimizing its clinical trial enterprise – is examining critical control points in the development and review of clinical trials designs, “which includes reinforcing more explicitly the importance of an evidence-based analysis of equipoise and usual care.”

In an Oct. 13 response letter, Public Citizen said that although the organization was “somewhat reassured that our 2018 complaint about CLOVERS prompted a deliberative process involving OHRP, NHLBI, and researchers, resulting in ‘extensive revisions’ to the CLOVERS protocol and consent form to address these lapses, we are dismayed by OHRP’s inexcusable failure to take additional necessary actions to protect the rights and welfare of the human subjects who had already been enrolled in the trial prior to our complaint or who were enrolled in the trial subsequent to our complaint but before the extensive revisions to the CLOVERS protocol and consent form were fully implemented.”

“Most disturbing was the persistent failure of the OHRP to require, as we urgently requested in our August 20181 and May 20192 letters, that enrollment in CLOVERS be suspended until all substantive issues raised in our first letter were assessed, the deliberative process with the NHLBI and network researchers was completed, and the extensive revisions to the trial protocol and consent form were finalized and fully implemented.”

“OHRP knowingly allowed subjects to be enrolled in a trial that exposed them to unacceptable risk without the subjects understanding the true nature and risks of the experiment,” said Michael Carome, director of Public Citizen’s Health Research Group, who is the former deputy director of OHRP. “Such failure represents a stunning abdication of the agency’s duty to protect the rights, welfare, and wellbeing of human subjects.”

Public Citizen said it was the organization’s “understanding that subject enrollment in CLOVERS was never suspended following OHRP’s receipt of our complaint. It is therefore likely that from at least September 2018 until October 2019, hundreds of additional subjects were enrolled in this unethical, high-risk clinical trial that failed to minimize risks to subjects without the subjects being fully informed of the nature and reasonably foreseeable risks of the research. The failure of OHRP to invoke its authority and suspend subject enrollment in CLOVERS in September 2018 or soon thereafter, while OHRP engaged in further dialogue with … researchers, is inexcusable. OHRP knowingly allowed subjects to be enrolled in a trial that exposed them to unacceptable risk without the subjects being adequately informed of the nature and reasonably foreseeable risks of the research. Such failure represents a stunning abdication of your office’s duty to protect the rights, welfare, and wellbeing of human subjects involved in research conducted or supported by HHS. We surmise that OHRP’s cowardly inaction occurred for no other reason than a desire for expediency and to avoid ruffling feathers at the NIH,” Public Citizen’s response said.

Public Citizen contended that “to protect the rights of these subjects, OHRP must mandate that the [institutional review board supervising the research along with the researchers], develop a satisfactory plan, including both the means and content, for contacting surviving subjects (or the closest surviving relatives of subjects who are now deceased) who participated in CLOVERS prior to the implementation of the [October 2019 protocol revision] and provide them with information about the nature and reasonably foreseeable risks of the research that were not disclosed at the time of their enrollment and the deficiencies in the design of the trial that may have exposed them to unacceptable risk of harm.”

In addition, “to ensure the adequate protection of human subjects in future research reviewed by the [IRB], OHRP should have required that the IRB develop and implement a corrective plan to address these IRB failures. However, because your response letter fails to indicate that OHRP required the development and implementation of a corrective action plan by the IRB, we presume that such action has not occurred. It is imperative that OHRP mandate such action,” the Public Citizen response said.

The organization added that it also was “concerned that the extensive revisions made to the CLOVERS protocol after the trial was well under way likely will undermine the interpretability of data derived from the trial and confound the overall conclusions that may ultimately be drawn. In effect, the CLOVERS trial now comprises two trials: an initial trial that involved two experimental groups and no usual-care control group and the current trial that involves a quasi-usual-care control group (assuming appropriate actions are taken by clinicians at the bedside to deviate from the protocol when needed) and an altered experimental group. Although it may be statistically possible to combine the data from these two different trials, it is difficult for us to understand how data from these two essentially different trials can be pooled together to support defensible, meaningful interpretations of the results.”

In an August 28, 2018, letter to OHRP, Public Citizen alleged the Crystalloid Liberal or Vasopressors Early Resuscitation in Sepsis (CLOVERS) trial failed to “materially comply with key requirements of Department of Health and Human Services (HHS) regulations for the protection of human subjects at 45 C.F.R. Part 46 and satisfy the basic ethical principles upon which those regulations are founded.”

Public Citizen contended the trial did not satisfy two regulatory requirements that ensure the risks to the subjects were:

Public Citizen said it raised the concerns “because the trial’s design does not account for how current usual care varies based on the severity of sepsis with which subjects enrolling in the trial present, the two management strategies under investigation will lead to inappropriate or misaligned treatment for some subjects in each trial group. In randomized clinical trials like CLOVERS that enroll subjects with variable degrees of disease severity, misalignments can occur when subgroups of subjects are randomly assigned to receive levels of normally titrated therapeutic interventions that are inconsistent with their disease severity and significantly different from what they would have received outside of the clinical trial.”

Public Citizen also alleged that neither arm of the protocol represented “usual care” for the treatment of patients with low blood pressure from sepsis and that subjects may receive medical care that is not appropriate for their condition, leading to worse outcomes than if they did not participate in the protocol.

“Due to the nature of the concerns outlined in Public Citizen’s letter, OHRP obtained additional information from the experts in septic shock who had prepared the analysis of the CLOVERS study that accompanied the Public Citizen letter,” the agency said. OHRP also met with Public Citizen’s experts to discuss the concerns. “Afterwards, because of the complexities of the CLOVERS study and questions about its relationship to current practices in the treatment of sepsis, OHRP had additional conversations with the same two experts, and with other experts in the field, to discuss the issues raised in Public Citizen’s letter,” OHRP’s letter said.

“In response to concerns raised by OHRP, along with months of communications between OHRP and NHLBI (and NHLBI working with the network), as well as comments from site investigators and others, extensive revisions were made to the CLOVERS protocol” in September 2018 and October 2019, OHRP said. “These revisions included corresponding changes to the sample consent form,” the OHRP letter said.

OHRP said the key changes to the protocol “are to require closer subject monitoring and to more closely align the treatment of the subjects in the study groups with the care that the subjects might have received had they not participated in the study.”

Specifically, the protocol was revised to:

In addition, the consent form was modified extensively. “Key changes to the form include more information about the study procedures and the risks of a subject receiving treatments in the study that differ from what they would have received if they had not participated in the study,” the OHRP letter said.

“In particular, as originally drafted, the consent form, in the section titled, ‘side effects and risks that are possible if you take part in this study,’ focused on the side effects of the various treatments that the subjects would receive. It failed to acknowledge that switching a person from one type of treatment for sepsis-induced hypotension to another type of treatment might alter the efficacy of the treatment (e.g., the likelihood that the person might survive), even though that proposition was at the heart of the rationale for conducting the study, as indicated in the hypothesis for the CLOVERS study,” the letter said. “The revised consent form not only includes information about this risk, but it highlights it by positioning it as the very first risk that is described in the risks section of the consent form.”

The revision also “provides information to prospective subjects about one of the main concerns raised by Public Citizen: the risks created by what Public Citizen termed a ‘misalignment’ if a subject is assigned in the CLOVERS study to a treatment that is described as a version of usual care, but that differs from the treatment the subject might have received outside of the trial,” OHRP said.

Public Citizen was concerned about the difference between treatment closely adhering to the protocol specifications and treatment adjusted by the clinician in response to the individual subject’s particular condition.

In addition to Public Citizen’s concerns, the letter said OHRP also raised concerns about the need for the CLOVERS’ consent document to include new risk language that also encompassed the risks of providing a subject with either version of the treatments that are being assessed in the study. “For example, a subject who might have received a version of ‘Fluids First’ treatment had they not been in the trial, and who was assigned to ‘Medicine to Raise Blood Pressure First’ in the trial, is exposed to various risks from that change in treatment regardless of whether or not both arms accurately represent how those versions of care would be provided in the clinical setting. The revised language now encompasses those risks,” OHRP said.

In particular, the revised “Risks of Study Participation” section now states: A risk of participating in this study is that assigning you to either the “Medicine to Raise Blood Pressure First” or the “Fluids First” group, by chance (like a coin flip), might lead to treatment that is not as effective as the treatment you might have received outside of the study. Getting treatment that is less effective may hinder your recovery or increase your risk of death. The group treatment you are assigned to receive may cause the risks explained below: