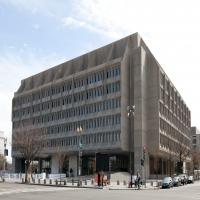 The Department of Health and Human Services (HHS) Nov. 20 announced that it was terminating the FDA’s Unapproved Drugs Initiative (UDI) by withdrawing two agency guidance documents, issued in 2006 and 2011. HHS said that the UDI guidance was “linked to prescription drug price increases and shortages.”

In an HHS release, Brian Harrison, the department’s chief of staff, said, “We are committed to putting American patients first by ending government programs like the Unapproved Drugs Initiative that, while well-intentioned, have distorted markets and produced the unintended consequences of price spikes and drug shortages.”

In a Federal Register notice published Nov. 25 (85 Fed. Reg. 75331), the department said that it was withdrawing the FDA’s Marketed Unapproved Drugs Compliance Guide, Compliance Policy Guide (CPG) §440.100, which called for companies illegally marketing drugs without agency approval to submit applications showing that the products were safe and effective before continuing to market them. The initiative had also sought to remove unapproved drugs from the market.

Through the initiative, the FDA has worked to make sure that unsafe drugs are no longer available to consumers.

CPG §440.100 set forth agency enforcement priorities that targeted drugs posing the highest risk to public health “without imposing undue burden on patients or unnecessarily disrupting the availability of drugs on the market,” according to the FDA.

HHS originally posted the Federal Register notice online under its own name. On Nov. 24, the notice was posted under the FDA’s name. The notice was signed by HHS Secretary Alex Azar.

The UDI guidance withdrawal will be effective Dec. 28.

In the notice, HHS said that the FDA launched UDI in 2006 by issuing CPG §440.100, a guidance that was revised in 2011. The 2011 version specified that any unapproved new drug introduced after the guidance was issued was subject to immediate enforcement action.

“The UDI sprang from a laudable objective, namely to reduce the number of unapproved drugs on the market,” HHS said.

However, the department said, “an unintended consequence of the ‘period of de facto market exclusivity’ provided by the UDI allowed manufacturers an opportunity to raise prices in an environment largely insulated from market competition.”

The notice stated that through HHS the Trump administration was “continuing its efforts to reduce the price of prescription drugs.”

According to HHS, after the UDI was launched, “reports emerged that Americans were paying significantly more for prescription drugs approved by FDA through the UDI than they had paid previously.”

The department cited reports that one unidentified drug approved through the UDI had sold for 50 times the price of the unapproved version; that the price of the diabetes insipidus treatment vasopressin had risen tenfold “thanks at least in part to the FDA program”; and that the cost of a vial of neostigmine, used to treat myasthenia gravis, “has gone from less than $5 to $90.”

HHS also cited a 2017 study by researchers at the Yale School of Medicine and the University of Utah, which found that the average wholesale unit price of 34 drugs subject to the UDI between 2006 and 2015 increased by a median of 37%. For 11 of the drugs surveyed, the average wholesale unit price increased by more than 128%, according to the study.

The study also linked the UDI to drug shortages, HHS said. According to the researchers, 24 of the 34 drugs “experienced shortages after FDA took enforcement action after an entity obtained FDA approval of a previously unapproved drug.” The median shortage was 217 days, the study revealed.

Thus, HHS said, “while the UDI began with laudable goals, it has had numerous negative, unintended consequences on Americans’ access to prescription drugs and generated very limited benefits.”

HHS also criticized the fact that “the program was initiated through guidance, as opposed to notice-and-comment rulemaking.”

“The department has serious legal concerns about whether the UDI was implemented through legally permissible procedures,” HHS said.

Although it acknowledged that some stakeholders may contend that they have reliance interests in having the 2011 UDI guidance remain in effect, the department said that such interests “(if they existed) would be minimal” and would be outweighed by anticipated reductions in the costs imposed on American patients and taxpayers.

Although the FDA estimated in the 2011 revised UDI guidance that there were “several thousand” drug products on the market that lacked FDA approval, withdrawing the UDI guidance documents “will have a positive impact on public health,” HHS said, “to the extent this program has limited patient access to important, safe medications due to price increases or drug shortages.”

HHS also stressed that the termination of the UDI did not otherwise limit the FDA’s authority to take action against manufacturers of unapproved drugs that qualify as “new drugs” under the Federal Food, Drug, and Cosmetic Act (FD&C Act) — such as unapproved drugs that claim to mitigate, treat or cure COVID-19 — “or to violate the FD&C Act in other ways.”

It remained to be seen whether the incoming Biden administration would reverse or modify HHS’ move to shut down the UDI.

Also in the Federal Register notice, HHS called for comments on whether certain drugs might qualify as being exempt from the FDA premarket approval requirements for “new drugs” under the statute.

The department noted that, when enacted in 1938, the FD&C Act excluded from the definition of “new drug” certain drugs marketed before the statute’s enactment, as well as drugs generally recognized as safe and effective (GRASE). Also, in 1980, the FDA acknowledged that the “new drug” definition did not include drug products marketed between 1938 and 1962 (when the FD&C Act’s effectiveness requirement was added) that were approved for safety but not effectiveness, as well as certain “large volume intravenous products.”

Nevertheless, HHS noted, in the 2011 UDI guidance the FDA said that “it is not likely that any currently marketed prescription drug is grandfathered or is otherwise not a new drug,” although the agency acknowledged “that it is at least theoretically possible.”

“This evolution in the agency’s thinking has had consequences,” HHS said. For example, under the UDI, the FDA required an NDA for a brand of epinephrine that originally came on the market in 1901. Also, colchicine — which the FDA acknowledged “was available in oral dosage form during the 19th century” — was approved through the UDI.

Moreover, the prescription drug Daraprim (pyrimethamine) was originally approved for safety in 1953. The manufacturer raised the drug’s price from $13.50 to $750 a tablet in 2015 “at least in part,” HHS said, because of the FDA’s interpretation of “new drug” as articulated in the two UDI guidance documents — “a view that foreclosed the possibility that Daraprim, a drug more than 60 years old, could ever qualify as GRASE.”

“That position effectively prevented other manufacturers of generic versions of this product from entering the market without an approved abbreviated new drug application,” HHS said, “allowing [the manufacturer] to enjoy a single-source position in the marketplace while potential competitors went through the regulatory process.” It was not until February 2020 that the FDA approved a generic competitor.

To “engage with the public on the contours of the possible exceptions to the definition of ‘new drug,’” HHS called for input from patients, health care providers, industry and other stakeholders on the following topics:

A set of frequently asked questions and answers on HHS’ announcement is available online.

Responses to the department’s request for input on whether certain drugs might qualify as exempt from the FDA premarket approval requirements must be submitted electronically at Imports@hhs.gov. HHS said that it would consider the information submitted by the public “on a rolling basis, and until further notice.”