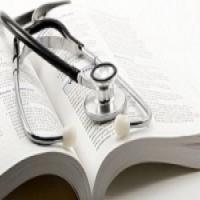 A California court required Johnson & Johnson to pay $344 million for false and deceptive marketing of its pelvic mesh products for women.

The California Department of Justice sued J&J and Ethicon in May 2016 after a multi-year, multistate investigation found the companies had neglected to inform both patients and doctors of possible severe complications from the products and misrepresented the frequency and severity of risks the products posed.

The penalty amount reflects a penalty of $1,250 for each of 153,351 UCL violations and 121,844 FAL violations. The court noted “J&J engaged in serious, knowing, and willful misconduct over a period of close to 20 years and likely committed far more violations in California” than are calculated in the penalty.

The Superior Court of the state of California, County of San Diego, Central Branch concluded the companies “deceptively marketed their pelvic mesh products in the state of California and that their marketing was likely to deceive reasonable doctors and reasonable lay consumers, including potential patients and their friends and family, about the risks and dangers of these products.”

“J&J marketed the benefits of its mesh products without fully and truthfully disclosing the accompanying risks and complications,” the decision said.

The court noted J&J marketed its mesh products directly to patients through “surround sound” marketing intended to “create consumer demand” for mesh products among women who would not otherwise seek a surgical solution to their condition. This approach included the dissemination of patient brochures and in-office patient counseling materials, a telephone hotline, a Find-a-Doctor directory service of physicians who implant J&J products, Internet advertising to drive traffic to the company’s promotional website, and public relations events and advertising featuring Bonnie Blair, an Olympic medalist, as a spokesperson.

“J&J also partnered with physicians and hospitals to carry out ‘field marketing’ efforts, which consisted of hosting ‘educational’ or ‘awareness’ events directed at patients and primary care physicians; supplying mailers and other content for patient outreach; and participating in community events, such as health fairs,” the court said.

“J&J also engaged in an aggressive campaign to create and grow its doctor market for mesh,” the court added, by “deploying sales representatives, armed with sales aids and patient brochures, to doctors’ offices and operating rooms [and paying] preceptors to train and promote mesh to doctors.” The companies also recruited key opinion leaders (KOLs).

“J&J went to great lengths to make sure that this wide array of marketing activity delivered consistent messages to patient and physician audiences alike,” the court said. “Company control over the uniformity of mesh marketing messages started with the copy approval of all marketing materials at the national level,” the court noted. “One of the copy review team’s functions was to ensure that the claims made in promotional marketing materials were consistent with pre-approved product claims developed by J&J’s global marketing teams.”

“To ensure consistent messaging to physicians, sales representatives nationwide received the same training and documents, participated in the same marketing campaigns, and were provided the same sales tools,” the court said.

“This focus on consistency in messaging extended beyond print marketing materials and sales conversations,” the court added, as J&J “paid physician consultants and KOLs to deliver company marketing messages through company-approved training and promotional presentations to other physicians.”

The court found that the companies “even strategized about how to encourage their physician customers to use the same terms that defendants used in their patient brochures, such as ‘minimally invasive,’ ‘most common procedure,’ and ‘outpatient’ when discussing [mesh products] with patients, because those words were ‘optimally suited to convincing patients to accept the procedure.’”

“The evidence at trial shows that rather than disclose what it knew about some of the severest risks of pelvic mesh in its labeling and marketing materials, J&J has instead taken active, willful measures for nearly 20 years to suppress information and conceal serious risk and complication information from physicians and patients,” the court found.

In addition, the companies “made the decision not to publicize or share information with customers regarding techniques for mesh removal because they believed it would be bad for business,” the court said.

“The evidence at trial demonstrates that J&J deceptively marketed its mesh devices through a combination of false statements, misleading half-truths, and omissions that were likely to deceive doctors regarding the full range of complications associated with mesh use; the fact that these complications can be severe and long-term; that the complications are specific to and come from the mesh itself, i.e., the dangerous properties; and that there is no exit strategy when it comes to mesh. The court reaches the factual conclusion that these misrepresentations were likely to deceive doctors that mesh use carried a minimal risk of complications and would not introduce new or additional dangers to pelvic surgery aside from the risk of vaginal exposure or erosion.”

The court added the companies “not only omitted complications, but also omitted or affirmatively downplayed information about the severity and long-term nature of these complications that would give a doctor or patient pause about choosing mesh as a treatment option.”

“By downplaying the severity and duration of mesh complications, … J&J presented physicians a deceptive and misleading picture of the possible risk profile of mesh and prevented doctors from factoring that into their patient counseling and treatment decisions. The court finds that these misleading half-truths and omissions regarding the severity and duration of complications were likely to deceive physicians,” the court ruled.

The companies also “misleadingly attributed the complications they did disclose to pelvic surgery generally, rather than to the mesh itself,” the decision said.

In addition, the court concluded “J&J’s marketing materials were deceptive and misleading because they either excerpted or referred doctors to an incomplete list of risks and/or otherwise failed to disclose the full range of the serious, long-term risks resulting from the mesh that the company knew about.”

The court also noted the patient-directed marketing materials commonly contained a section addressing “What are the risks?” However, the sections “downplayed the risks of mesh [and] misleadingly described the risks they listed as common to all pelvic surgeries and did not identify the risks specific to the mesh itself.”

In addition, the “marketing materials consistently omitted entirely many of the most severe risks a reasonable consumer would want to know about – e.g., debilitating chronic pain, chronic or lifelong dyspareunia, excessive contraction or shrinkage of the tissue surrounding the mesh, and urinary dysfunction brought about by the mesh. Nor would a consumer understand that mesh risks can have a delayed onset – that the risk is lifelong,” the court said.

The court noted the companies contended the marketing presentation of risks was not misleading because the brochures directed patients to speak with their doctors and because patients must give informed consent before mesh is implanted. “This defense fails as a matter of law,” the court said.

The court added that “reasonable doctors depended on J&J to provide comprehensive risks and complications information,” as the devices were considered novel when they were launched.

In addition, “even if doctors may have ultimately learned of some mesh risks over time, it is reasonable to infer that J&J’s aggressive marketing had the effect of nullifying those warnings and having a deceptive impact on doctors,” the court said.

The court also concluded that the companies’ “willfulness and persistence, and the length of time over which the misconduct occurred,” also weighed in favor of significant penalties. “J&J persisted in its deceptive conduct for 17 years even in the face of internal and external calls for change, amounting to hundreds of thousands of knowing, illegal statements targeted at California consumers.”

“Instead of heeding the FDA’s 2008 and 2011 warnings to increase consumer awareness” of the dangers associated with their mesh products, the companies “chose to bury the warnings by instructing sales representatives that ‘they are not to proactively initiate conversations with customers about this [2008] notice,’ and to actively refute and undermine the FDA’s warnings by circulating an article authored by paid consultants that disagreed with the FDA’s 2011 warning,” the court said.

The court requested further briefing on whether to issue an injunctive order against the defendants.