Abrams To Retire from OPDP 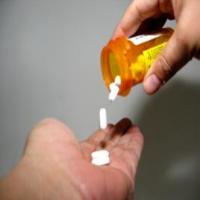 The FDA has not confirmed the reports.

Abrams became director of FDA’s drug marketing and promotion office in February 2000 when it was the Division of Drug Marketing, Advertising and Communications (DDMAC). Abrams was DDMAC’s acting deputy director when he was appointed director, succeeding Norm Drezin.

Abrams joined the FDA in 1993 as a regulatory review officer for DDMAC and became a branch chief in 1995. He was named DDMAC acting deputy director in 1999.

"Tom has done an outstanding job in managing OPDP for so many years," said Wayne Pines, editor-in-chief of Thompson Information Services’ FDA Advertising and Promotion Manual. "Companies can rely on OPDP for timely and comprehensive advisory opinions and for an ongoing need for guidance."

Prior to joining the FDA, Abrams worked in pharmaceutical sales and marketing for Merck and Company. He received a B.S. in pharmacy from the School of Pharmacy, Rutgers University, and an MBA from Rutgers School of Business.

She has more than 20 years of experience including roles in clinical pharmacy and the pharmaceutical industry. Her prior positions in OPDP include Division Director, Team Leader, Policy Analyst and Reviewer.

She received her B.S. in Chemistry with a focus in business from the University of Notre Dame and her Doctor of Pharmacy from Campbell University. She completed Fellowships through the Rutgers University Pharmaceutical Industry Post-Doctoral Fellowship program and the Partnership for Public Service Excellence in Government Fellowship program.